A unique example of underwater archaeological and naturalistic protection.

At the turn of the second century B.C. and the third century A.D., thanks to its thermal waters and captivating landscape, Baia became one of the most popular holiday resorts for the Roman aristocracy and imperial families.

Prominent figures of the political and cultural life of the time established their summer residences here. The villas of Julius Caesar, Nero and many others are well known. Baia soon became a symbol of a lifestyle dedicated to luxury, fun and otium.
Over the centuries, then, numerous bradyseismic phenomena have upset the morphology of the area producing the gradual lowering of the coastline and resulting in the sinking (definitive after the eruption of 1538 which led to the birth of Monte Nuovo, the youngest volcano in Europe) of ancient structures below sea level.

This is how the pleasant Bay sinks with all its rich villas until it progressively reaches a depth of 7 meters. The presence of submerged archaeological remains associated with a marine environment characterized by a biodiversity of great importance, led to the establishment in 2002 of the Underwater Aercheological Park of Baia, Marine Protected Area of Baia and Gaiola. 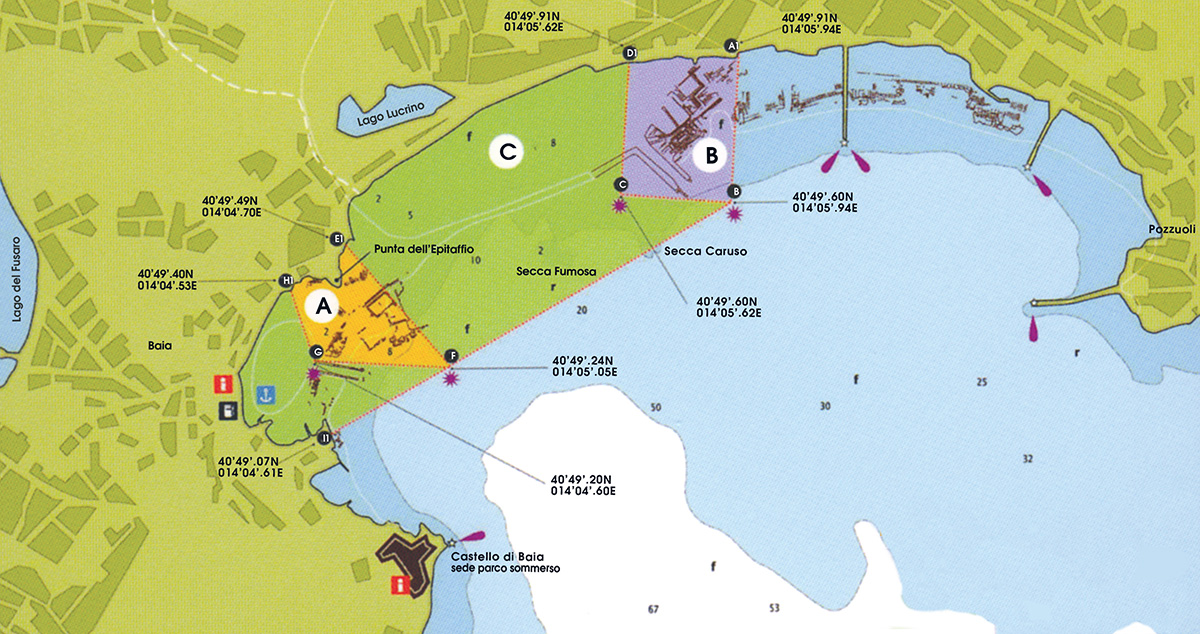