Diving in Nisida and Capo Miseno

Nisida is the smallest of the Campania islands and is connected to the land by a road. Surrounded by rich seabed is also home to some of the pools of Turtle Point (the largest center in the Mediterranean specializing in the protection and care of turtles).

The waters of the Gulf of Pozzuoli reserve both archaeological and naturalistic surprises even outside the boundaries of the Archaeological Park of Baia. The dens of the Nativity Tower and the sea eagles and dogfish of the Secca di Miseno will not cease to amaze you. 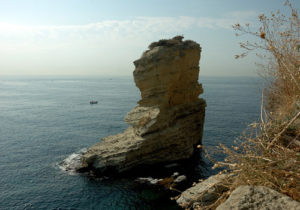 Stacks of Nisida
This dive, which takes place on the rocky seabed overlooking Nisida, is ideal for night excursions. In some points it is possible to find, also here, the phenomenon of the “fumaroles”. 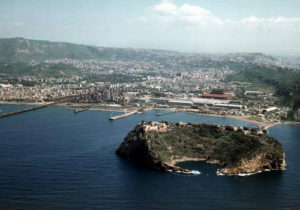 Nisida Udders’
This dive covers the shoal in front of the natural harbour of Nisida, called Porto Paone. The seabed is made up of mammoth shaped rocks rich in fauna with walls and views that are well suited for underwater photography. 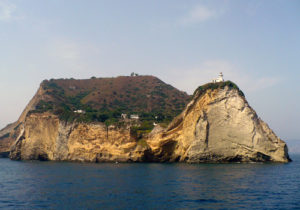 Cannon Cliff
This dive covers the shoal in front of the natural harbour of Nisida, called Porto Paone. The seabed is made up of mammoth shaped rocks rich in fauna with walls and views that are well suited for underwater photography. 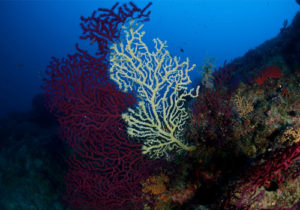 Middle Shoal
“Square” dive reserved for more experienced divers. On the seabed there are branches of Gerardia savaglia of considerable size. Sea eagles and step fish in large schools complete the offer of this site. 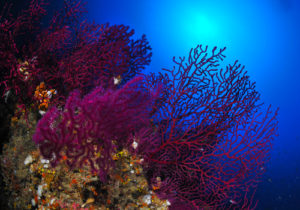 Miseno Shoal
Diving on the Miseno Shoal will always have new surprises in store for you thanks to the numerous canyons and caves always full of life. According to some, in ancient times, this was an island then sunk into the sea as a result of telluric movements, typical of the area. On the Secca di Miseno it is easy to have close encounters with sea eagles and, from April to October, with schools of tuna. Iridescent cridari are easily visible a few meters from the surface. Thanks to its complexity, it is possible to make several itineraries, very different from each other.. 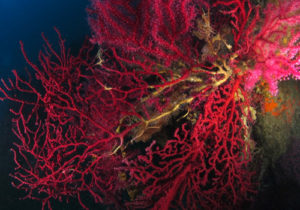 South Front
This dive site is located about 2 miles off the Cape Miseno promontory and is dotted with large reefs rich in Paramuriaceae. It is also easy to meet sea eagles, step fish and fish in the den. 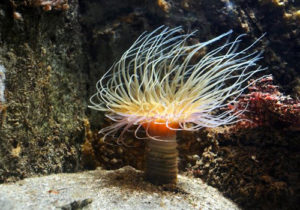 Breast of carbogno
A cove with a mixed seabed (sand and stones), not very interesting during the day, during the night it reveals its charm, due to the presence not only of numerous Cerianthus, but also of the rare Alicia Mirabilis, an antozoon of particular beauty, typical of the Gulf of Naples.. 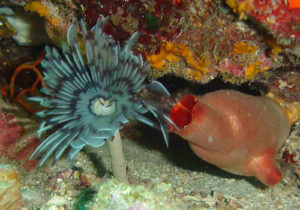 Nativity Tower
The dive site is located near another of the underwater archaeological areas occupied by the remains of a residential villa. The structure, commonly known as the Saracen Tower, is actually the base of a lighthouse of Roman times sunk as a result of the phenomena of bradyseism affecting the Phlegrean coast. It is a construction in opus reticulatum on whose surfaces you can admire a very rich marine flora and an extraordinary colony of large multicolored spirographs. At the base of the building you can visit a picturesque crib that has become the home of a nice conger eel.